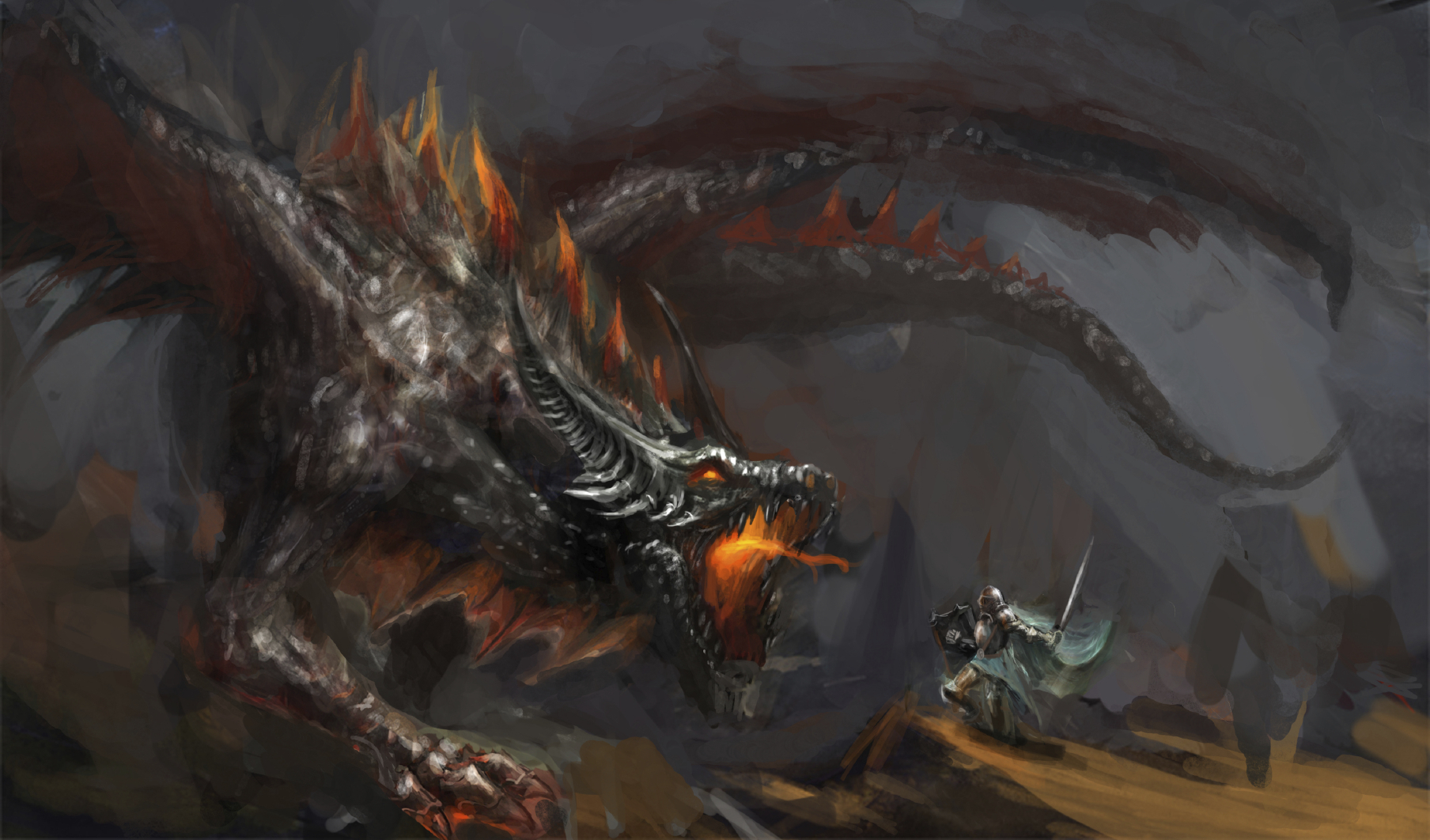 This is concerning the dungeons and dragons board game published by wizards of the coast. This not about the dnd board game published by Parker Brothers and Hasbro. If you wish to actually buy Legend of Drizzt or Wrath of Ashardalon, see the links at the bottom of the list. This page is primarily meant for a quick reference for those players who have damaged pieces or do not currently own the game and would like to see what characters are actually in it first.

and the Player’s Handbook 3

. If you do not like them, then don’t bother checking them out.

Board Games On The Web

It is indeed possible to play the dungeons and dragons board game via the internet, but can end up either being very limited or a very complex procedure. Using the prebuilt table top rpg’s will definitely be out of the question as the character sheets are not that flexible (except in the case of OpenRPG which would require an ip address that is accessible by other players).

My recommendation for playing any board game – even a dnd board game – would be Vassal. It can take some work to learn how to build a module though. Once you learn the module building process, the next step will be taking time out from your personal life to actually build the module itself from scratch. Trust me. Building something (coding or no coding) from scratch is no easy task.

Yes, not having to deal with coding does reduce the time to build something considerably less. Even after taking advantage of some coder’s hard work, it can still be time consuming for non-coders out there as they have to put in time to place all the tiles and pieces and type up the notes and junk. I have used prebuilt stuff before such as tabletop rpg and it still takes up my time to prepare a game session (if I have time that is).

I have found though that board games themselves should not be as complex as rpg book based game. It is a board game after all! It should only have a set up time of no longer than an hour tops and a playing time not lasting longer than one flipping day. This is not Magic Realm (unless you want to play that game).

I personally prefer using Fabletop since the owner is very friendly, it is free and not for profit, and it is very simple to use. Unfortunately, it does not have cards as it is meant for tabletop games. It does, however, have character sheet flexibility that can be used for just about any rpg and it has premade grid maps (small sized) which can be useful for not only book based role playing games, but also good for board games that do not require cards (or can have the cards tossed out).

Look At My Tables Below

So feel free to check out my list below as well as my custom character sheet cards for the dungeons and dragons board games. The characters I added will be a great addition to your game sessions and will make things run much smoother as well as give you something new to try out. If you want actual power cards in the near future, be sure to let me know. No guarantee that they will be perfect though.

Player Characters from Wrath of Ashardalon

Player Characters from Legend of Drizzt

My Custom Made Characters

The Deva Avenger will get rid of that whole dazed problem you may be encountering. 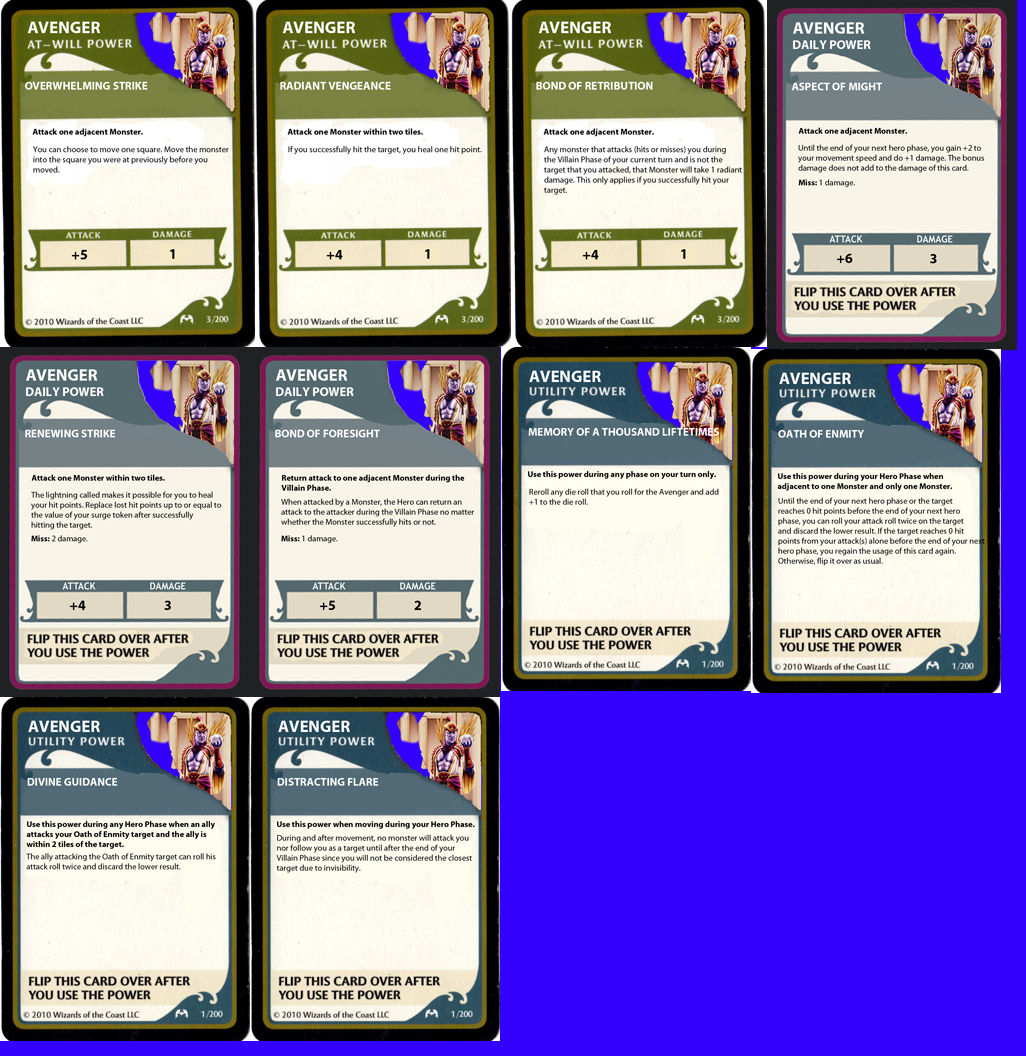 If you are looking for a powerhouse character, the minotaur would be your best pick as he can heal himself by doing an attack. 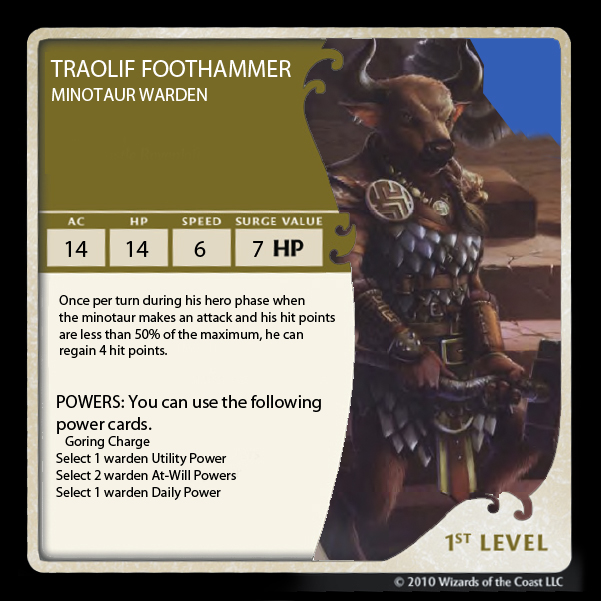 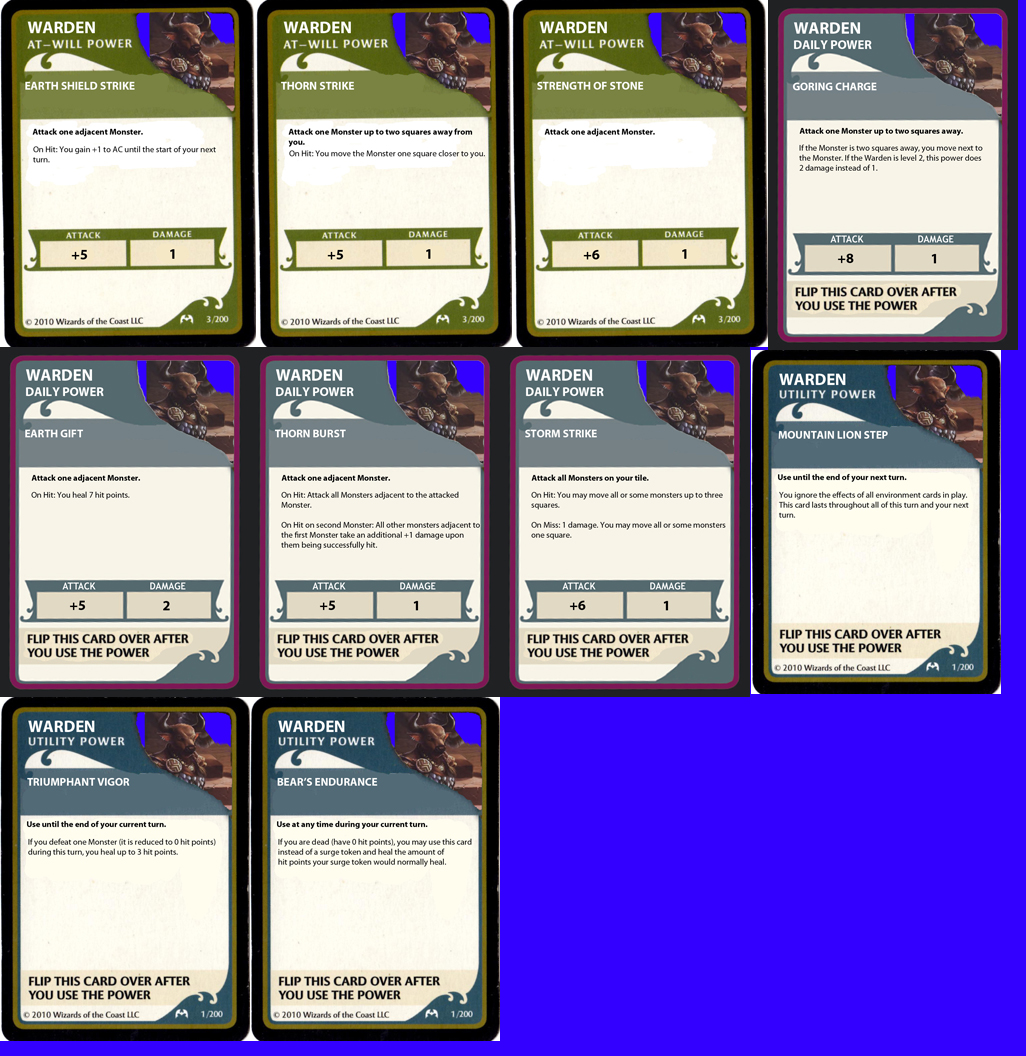 The shifter encourages teamwork. As long as someone is next to her while she is near an enemy, she gets a boost in damage. She also is great for multiple attacks and avoiding certain traps including the Pit hazard. 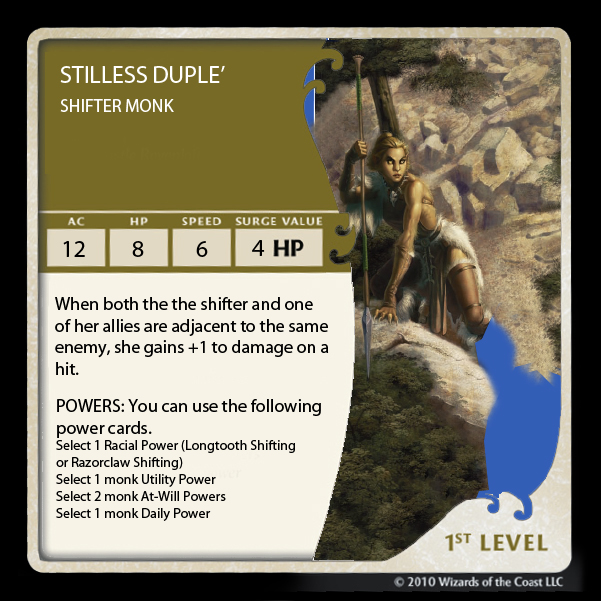 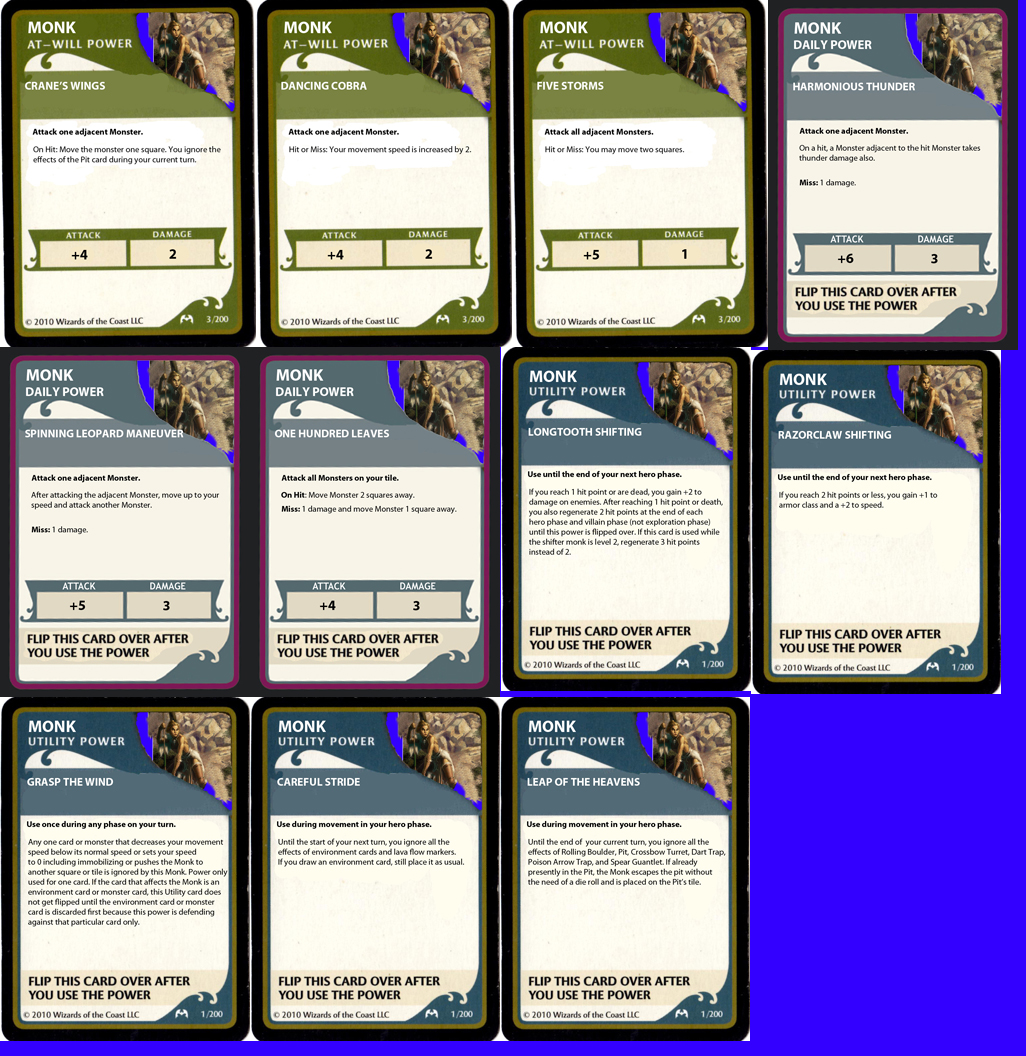 As I mentioned earlier, you can buy the board games via the links below. I did not put Castle Ravenloft in the list as I already discussed that game in an earlier post. Believe me. That was a pretty long post too.

If you require any assistance, please let me know in the comments section below or via google plus. I am also available at dnd buddies as well.

Your Fellow Board Game Player,