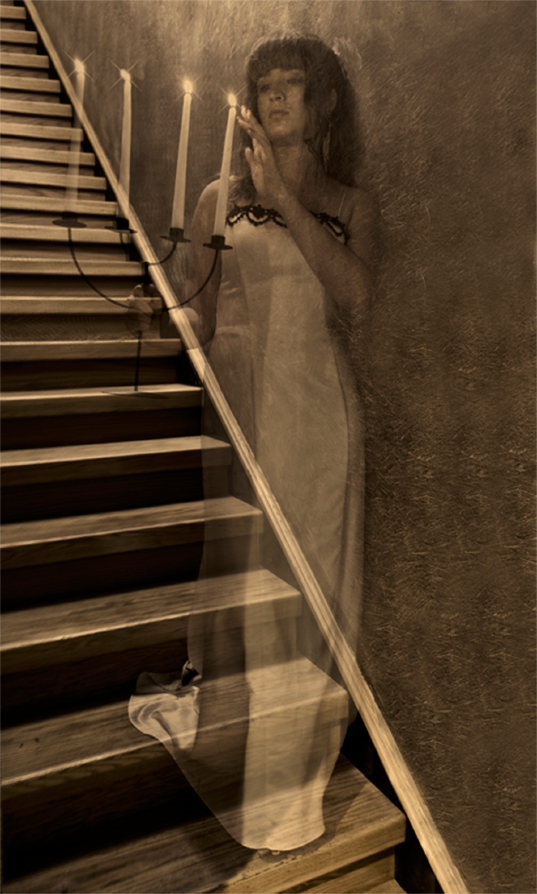 Below I have created a bunch of monster classes for anybody to use. I primarily was using them for my own campaign, but it may be useful for you as well. One of them in particular was the ghost class which I applied to my own dnd campaign because I had a player character that died. To keep her adventures going, I decided to implement the system I took from both the Savage Species and The Book of the Undead

. A few things I took out of the Monster’s Manual as well.

You also do not have to follow the rules in those optional books to the teeth. There may be moments of reading something that is unclear or may not apply to your current situation. For example, I had a player with a drow elf rogue who became a ghost. By the rules, you are suppose to take away a rogue class level and replace it with an undead level. Due to the complexity of a drow racial class being intertwined with the rogue class, I decided to break the rules and take the level from the drow class level instead.

Just remember though, that something needs a level taken away for an undead class to maintain balance. Otherwise, a player will be gaining a bonus level without earning it through experience. That would be unfair to the other players – if any.

I also want to point out the confusion with adding feats for a monster classes. Well, it really isn’t that confusing but can be at first glance. In reality it is being treated like any other character. The feat is gained at 1 hit die and then third hit die and so far. The big difference is the terminoligy is more raw as it does not state an actual level like in the Player’s Handbook. If you think in terms of hit dice rather than character levels, it will become more clear. Basically the feat shown in the below table and in other custom monster tables are assuming that the player character is starting out as a monster without a standard or normal racial class. In which case, follow the feats shown below.

So as an example, Jimmy the Dwarf Barbarian is level 3 and becomes a ghost. He is now a dwarf level 2 barbarian/level 1 ghost. As he levels up his ghost, he will not get his next feat until ghost level 7 (2 hit dice (2d12) from his barbarian class and 4 hit dice (4d12) from the ghost class). His total character level will be 9 though. Normally, a person may think the feat gain would be at character level 6, since technically the character level of gaining another feat would be level 6. Unfortunately, that is not the case with monsters as their hit dice are not always increased at every level like with normal player characters.

Also, remember that level 1 feats can only be gained once. You do not gain another feat when you pick up another level 1 class for multiclassing. I apologize for the inconvenience, but that is just how it works. After all, multiclassing is done by character level and not by class levels.

Automatic Languages: Common and/or the primary language of their original race.

Darkvision: Up to 60 feet

Favored Class: Best Multiclass for the Ghost is the Cleric or Sorcerer.

Feats: Will start out with one feat. The next feat gained will be at 5th level.

Healing: Negative energy (such as an inflict spell) can heal it. Resurrection and true resurrection can affect this creature. These spells turn it back into the living creature it was before becoming undead.

Bonuses: It has no natural armor bonus. It has a deflection bonus equal to its Charisma bonus (always at least +1, even if the creature’s Charisma score does not normally provide a bonus).

Pass through Objects: It can enter or pass through solid objects, but must remain adjacent to the object’s exterior. It cannot pass through a force effect.

Can normally only wield ethereal objects and ghost touched objects.

-Class Features-
Draining Touch: Gained at level 3. Against living targets, it drains 1d4 points from a selected ability score and the ghost heals 5 damage. Strength modifier against ethereal and dexterity modifier against nonethereal on the attack rolls. No modifier on damage rolls.

Frightful Moan: Gained at Level 5, range 30 feet, the target(s) must make a will save or panic for 2d4 rounds. It is based on sonic necromancy, is mind affecting and causes fear. The same effect can not be repeated to the same target(s) for twenty four hours.

Corrupting Touch: Gained at Level 2, 1d6 damage points against living creatures and the dexterity modifier is applied to attack rolls and not damage. Attack and damage modifiers are from strength (instead of dex) against ethereal beings.

Rejuvenation: Rejuvenation will only be successful with a level check (1d20 + ghost’s HD on the chart below) against a DC 16. For example, a ghost is level 7 with four hit dice and he get a roll of 13. He adds 4 from the hit dice and it results in 17 total. He is now able to return to life. If he failed, he would die permanently as hitting 0 hit points is normally grounds for disentigration as stated in the Book of the Undead. This rule applies regardless of the plane of existance (unless there are special rules in the Outer Planes such as being in a Deity realm where ghosts just plane die regardless). Days of restoration decrease as the character levels up. Rejuvenation ability is not gained until level 2, so the ghost needs to be careful in his first baby steps of being undead.

Becoming an elite ghost is pretty simple, just rise up to a level 10 ghost. When you reach level 11 then you will start getting the abilities of the Elite Ghost in addition to the stuff you already learned as a ghost. Does that mean you have to wait until level 20 before continuing your other multiclasses? Absolutely not. As a level 10 ghost, your monster development is officially complete and you can start working on your standard classes again. Level 11 to level 20 are meant as a way of further developing your ghost character while you develop your standard classes at the same time. After reaching level 20, you may wish to either become an Epic Ghost or seek to be a quasi-god or demigod in the outer planes. Your ghost class has the option of staying during Divine Rank 0 and Divine Rank 1 at the DM’s discretion of course.

Well, if you made it as far as a level 19 or level 20 ghost, then you are pretty much ready to take on the epic ghost class. If you are a level 20 ghost, you should be at a spell resistance of about 25, +8 Turn Resistance, and a Rejuvenation of 1 to 4 days. And I am going to tell you that is about to get even better. Your turn resistance is still going up past this point as well as your spell resistance. The even better part is you eventually have a rejuvenation of about 24 hours when you hit monster level 30 instead of waiting days to come back into existance. If you are that good at returning back to haunt your friends and foes, then I am highly encouraging to take a deity rank upon reaching that high of a level or at least shoot for it.

Darkvision: Up to 60 feet

Feats: Will start out with one feat. The next feat gained will be at 5th level.

Outsider Traits: If slain, it can only be brought back to life by true resurrection, miracle, wish, and limited wish since it has no actual soul. Raise dead or ressurection spell have no effect on it. This monster class is not considered a native subtype. Since he is not considered a native subtype, he does not require eating or sleeping but may if he so wishes to do so. He is able to breathe so may be subject to drowning and tiring.

Bonuses: It has +1 natural armor bonus at level 1 and a +1 size bonus. Claws 1d2. Starts out small sized and increases to medium size at level 7.

Lands: A skulker can pretty much live in any land as well as underground.

Automatic Languages: Common and/or Abyssal.
Bonus Languages: Celestial, Draconic and/or another language from the creature’s homeland.

Primary Abilities: Dexterity to avoid being discovered when hunting down enemies. Wisdom for discovering the location of scouts or spies.

Telepathy: Starts out at 15 feet at level 1 and gradually goes up over time to 100 feet.

Summon Tanar’ri: You are able to summon other tanar’ri which is similar to the summon monster spell. The summoning only last 1 hour. The summoning will only succeed on a passing percentile roll. The character starts out with a 5% chance of success at level 1. You will be able to be summoned as well but not of your own freewill.

Usually walks on all fours, but is able to stand upright.

I will add more monster classes gradually over time.

If you have any questions or comment, feel free to send me a message on google plus or facebook.