Earlier I created three custom characters on my last post. Well, I decided to add some more custom made heroes for your dungeons and dragons board game.

The pictures on the cards are not created by me so I take no credit for them obviously. I only take credit for the text and numbers (the stats and wording) presented on the cards. The original concept of the dungeons and dragons board game is of course by Wizards of the Coast and if you want to buy the board game, you can find that information on my other two posts.

Below, I have added the cards for my characters.

Yes, an Eladrin counts as an elf as far as the attack bonus is concerned since they are cousins of the elves also known as high elves. Lillian is useful for healing purposes and combat bonuses to other heroes. 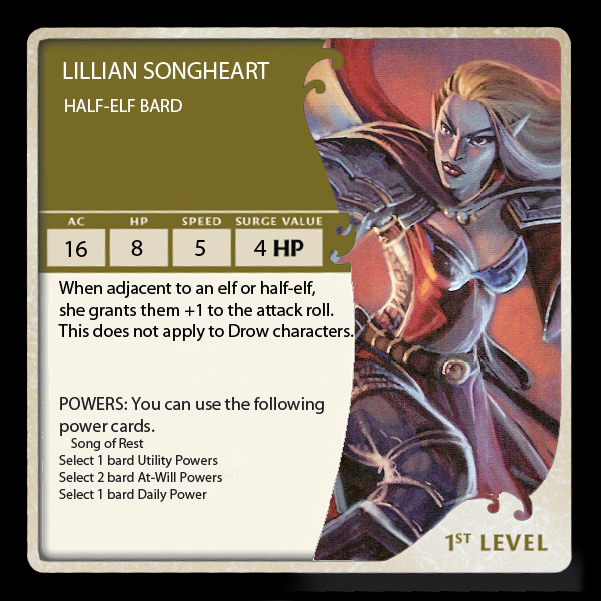 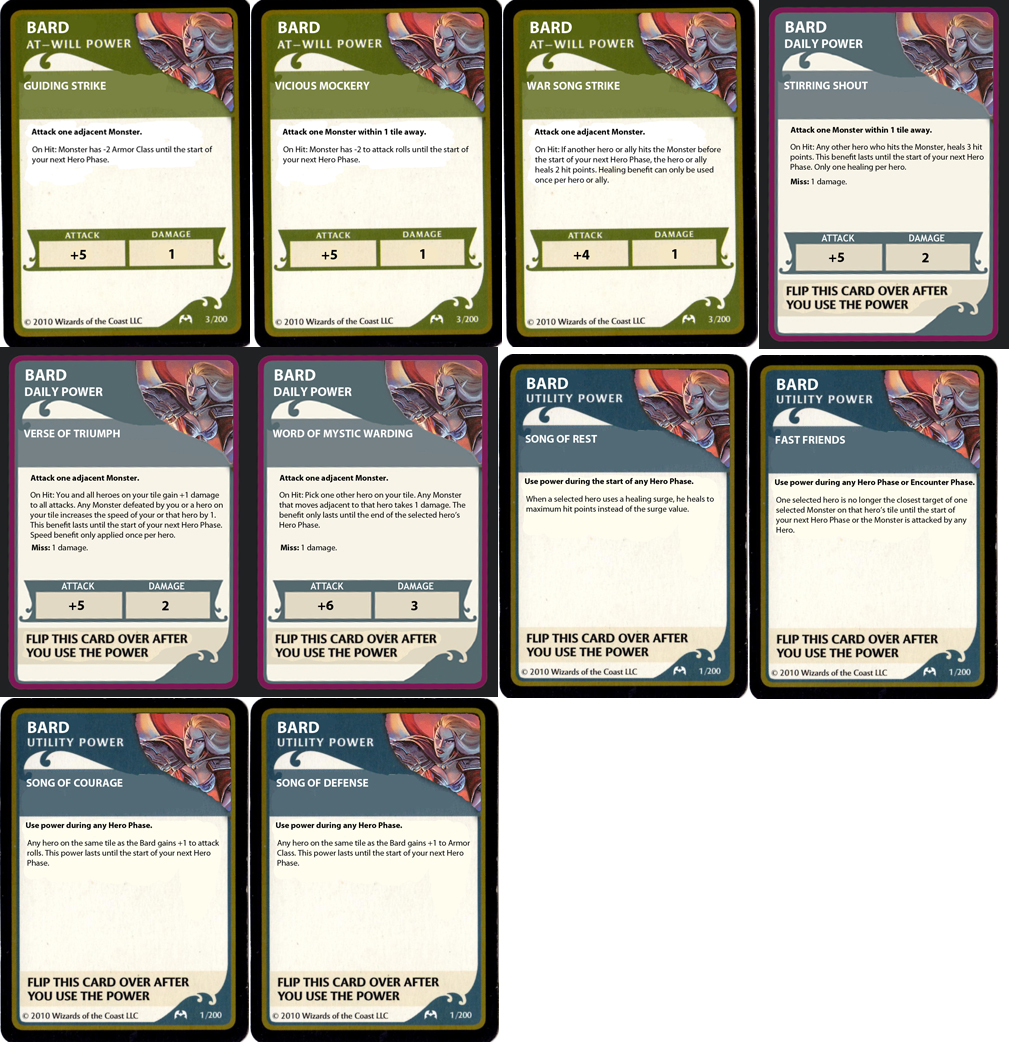 She is extremely powerful for doing multiple attacks and is very useful for defeating villains as she has ongoing damage even after an attack has been made. 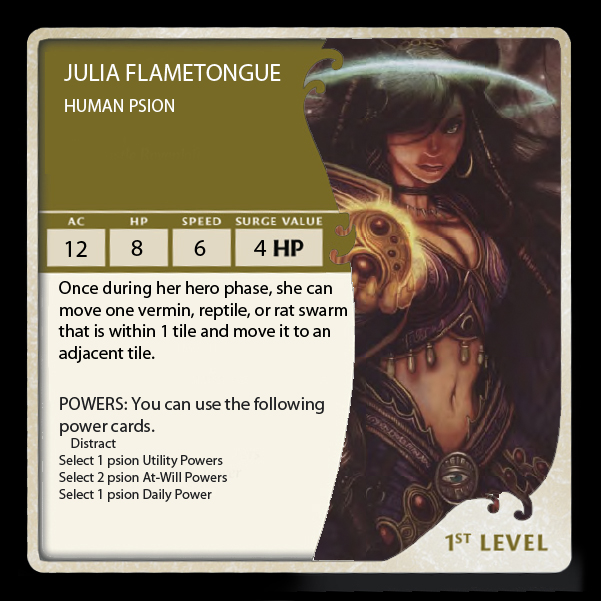 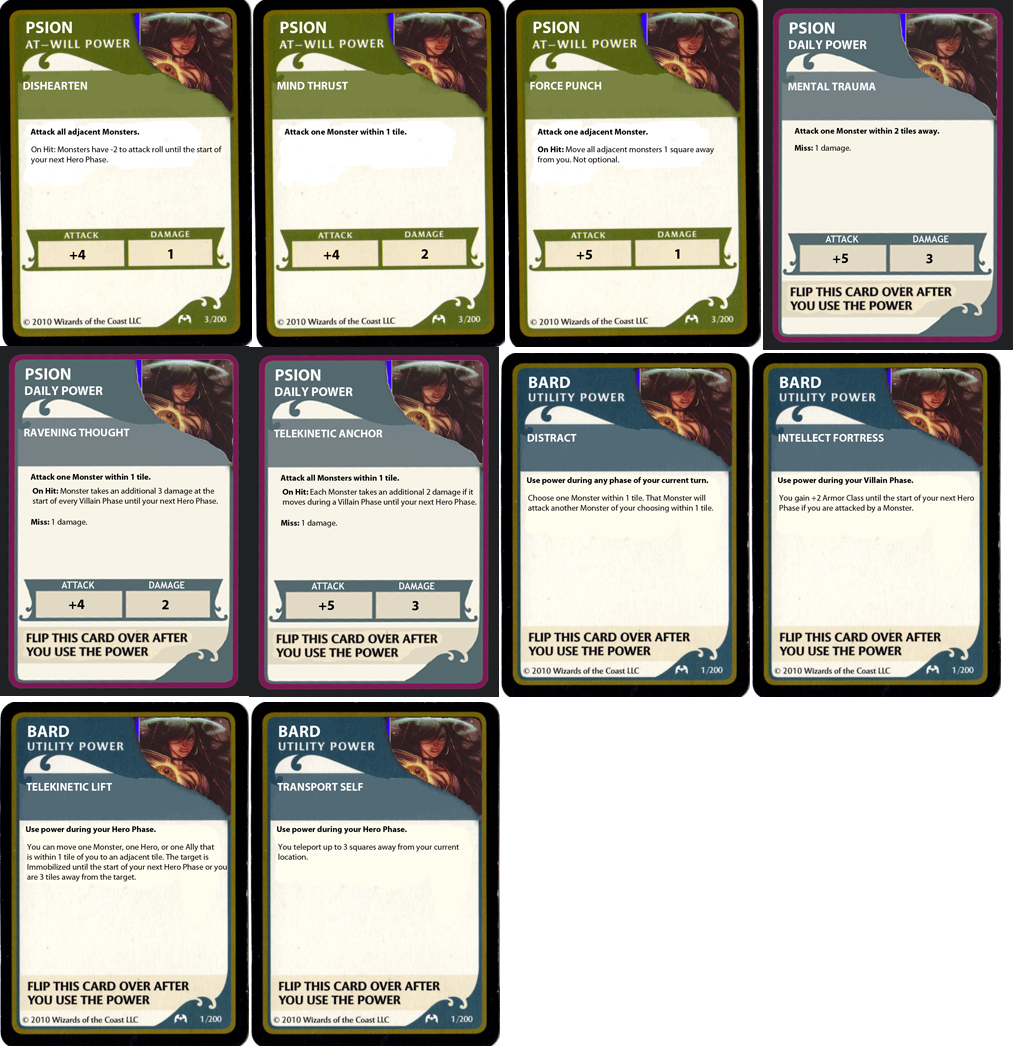 Yes, I added a Mind Flayer. I apologize that there are very few power cards to use with him. On a note concerning the card with dazing monsters, the daze would last until the end of that monster’s villain phase. It is similar to the hero, but instead of it being finished on a hero phase.

To use the Mind Flayer, you will need to have Wrath of Ashardalon at minimum. Adding Legend of Drizzt in addiction to the previously mentioned game setting would make it all the much sweeter since mind flayers and drow mixed together makes for some great entertainment.

Also, notice how I make it possible to shoot a mind blast at a hero also. If some hero gets on his nerves, he can blast him on a roll of a 19 or 20. Unwilling confession will have similar results of being able to attack a fellow hero. 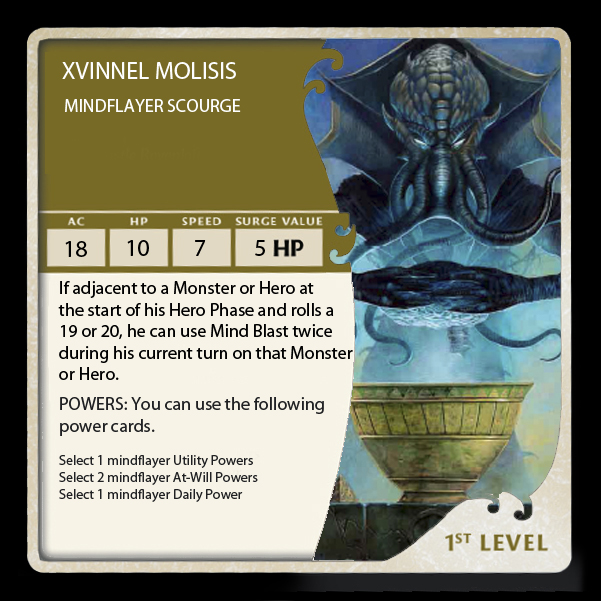 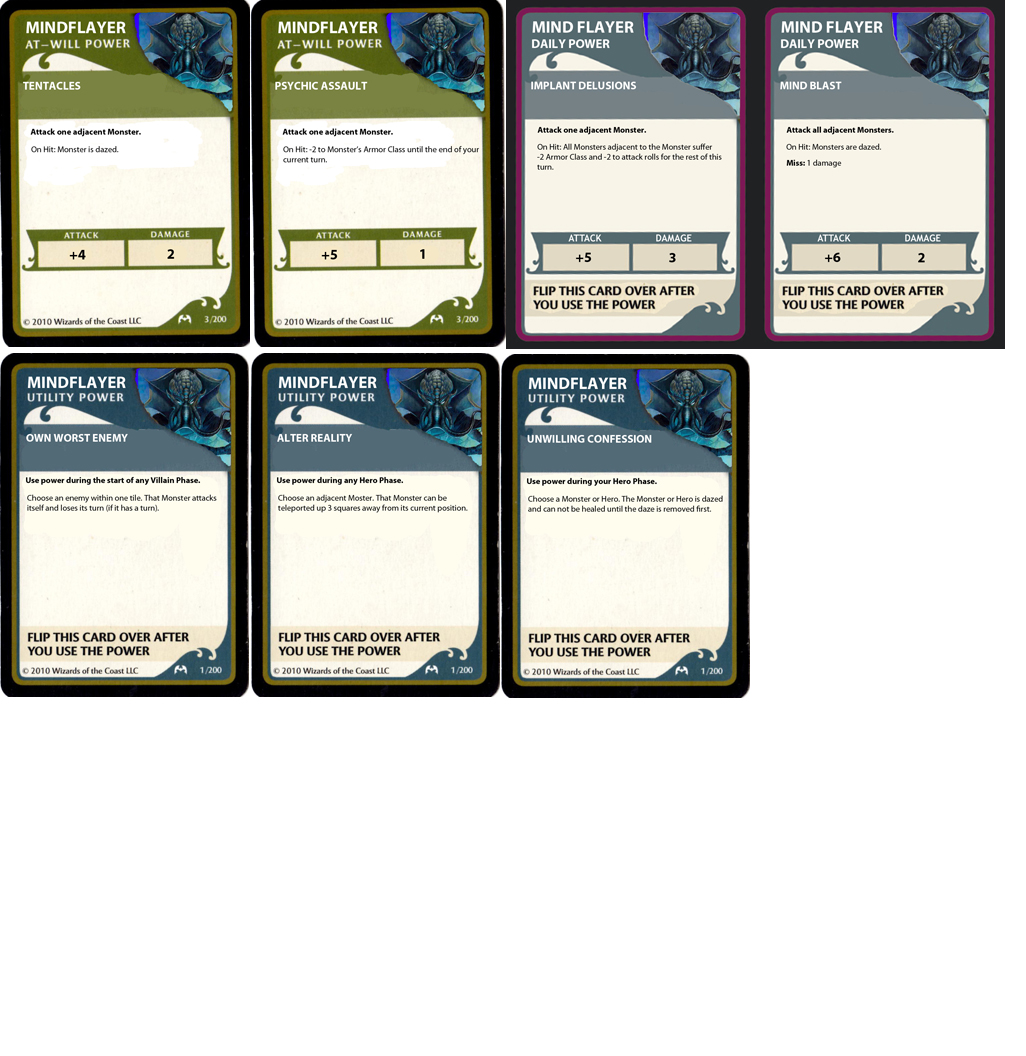 If you have any questions or comments, leave me a message in the reply section below or on google plus.