Cooperative Games Can Be Good 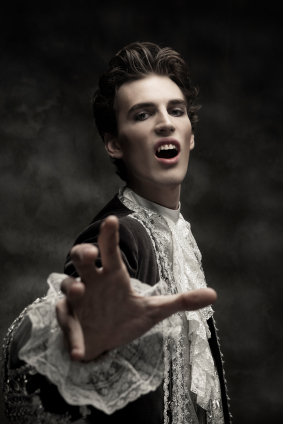 This is the first dnd board game out of the ones currently available. I bought it myself a few years ago because it has cooperative play. No worries it have the features of player versus player as well for those who like competition. I primarily got it for the team play aspect since my son did not like competitive games at the time. At first glance, I was not sure whether to buy it due to the plastic cover being partially torn, but I decided to grab it anyway.

Both my kids and I were there together at the hobby store. My son was real excited that he finally had the opportunity to play some dungeons and dragons with me. Sure, it was not the book version, but it was good enough.

When I got home, I went to my bedroom and placed the game on my bed. I just sat there looking at it for like 5 or 10 minutes. I peeled the plastic off and pulled the cardboard lid off. All the pieces were in mint condition. There was no scratches nor
broken miniatures.

I started popping out the tiles and my kids joined in on the action. My daughter got the most excited – even though she thought the pieces were toys.

After finishing the job, my son asked, “So are we going to play it now?”

I told him, “No, I have to read the rules first. Then, I have set everything up afterwards. I will let you know when I am ready.”

Even though the book was pretty thin, it still took me awhile to go through rule book. There is not tons of text, but some things just did not make sense to me at first. After laying out all the game pieces on my small table, I called my son in to play.

During the game, some of the rules were too vague – especially on the playing cards. I am not saying the game was lame. No the game was awesome and fun! It is just kind of confusing the first time around. I had to google for some answers but even that was not good enough. Some of the rules that are uncertain may require creating house rules at least until you up and decide to get the other board games.

Yes, dungeons and dragons does have other board games that can be played separately or together with Castle Ravenloft. I discovered that on the back of the books of the other board games had the explanations of what some of the vague cards were talking about as well as a few of the uncertain rules. It is funny that you have to get the other board games to understand this board game, but it works. The alternative would be spending hours looking at google.

Just remember that Wrath of Ashardalon is more vague than Castle Ravenloft. I am not trying to make the game seem bad. In fact is not bad at all the system is great.

Do’s and Don’ts of Cheating

I do not think it is against the rules of life to want to win something at least one time. Ya, so house rules may seem like cheating, but who cares. All that matters is the players are having fun, cheating or not. Now, I am speaking of games; not in real life.

Please do not cheat in real life for those still going to school. It gets you nowhere as an adult. You will be discovered eventually (maybe not tomorrow, but eventually).

To answer everybody’s question, no I did not complete all the adventures. I did get pretty far with my son though. We were almost near the end until I had to pack up and leave to Mexico to be with my wife. Yes, beating the final vampire would have been a thrill.

So let us start playing the game and if you do not already have it, get from down below. You will absolutely grow to love it! This will get you started, so feel free to check it out and buy it below.

Now below is a good once you have a feel for the other two board games. Legend of Drizzt can be both challenging and easy depending on the adventure picked and if it is combined with at least Wrath of Ashardalon.

Just remember that if you ever need assistance with the game or anything else relating to dungeons and dragons, feel free to leave a comment below.