The Site Has Grown 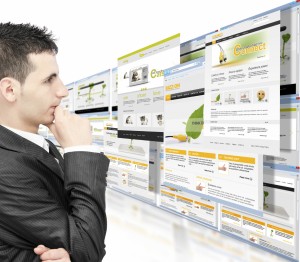 A while back, this website was very minuscule. Now, it has grown so large, I can barely keep track of what pages are where. Luckily, there is a categories sections as well as a search bar on the right hand side of the site.

The layout of this site is very simple and easy to load on a mobile phone – at least the front end of it. I say front-end because I also have a back-end which I have nicknamed the backyard. Most people are unaware of what goes on in the backyard until they have entered the house itself from the front yard. Once the backyard is discovered and they have any idea of how it works, they use the backyard gate or climb over the fence – for the kids out there.

Tour of the First Half

So let’s take a tour of the front yard and what the house looks like. The front end at a first glance is just composed of a quick overview of some of the articles that have been already published. On the right hand side, you have your search bar, recent comments, and a horde of categories.

Down below that is the spot for logging in or registration. The majority of users start out as just subscribers and will only be promoted to publisher if they prove their worth to me. In other words, I do not want spammers on my website. I prefer good quality writers who are not trying slap 1 million ad links or ad banners on my site.

When people click on the links of my articles, they will notice that in the articles themselves I tend have either a review of products or just plain going over information that can be found in Dungeons and Dragons. I would say that out of all my articles though, my best one was about Dungeons and Dragons Legos. It was not only fun to write about, but I also liked discussing it on google plus.

It had a ton of interaction from visitors. When I say interaction, I do not mean in stuff being bought. I mean that a lot of people were having an open discussion about and I even had the opportunity to help people.

I personally like being able to assist people with problems both in and outside the internet. Unfortunately, I do not get enough chances to do it outside the internet as I am in need of desperate help myself. My dad is, however, there to keep me sane and encouraging me to keep going.

Anyway, the site also has great pictures on it that I tend to post on pinterest from time to time. The biggest hit was the pictures that were in my rogue articles. Sadly, I killed off the rogue by lloth in pit of acid in one of his adventures. Maybe someday, I will type up a resurrection article and bring him back to life.

Second Half of Site

So going to the backend of the website, you will see a whole new world. Yes, the ability to blog is still available and open to just about any user at present. That may change though as I get more traffic. It has way too many options available so it may be overwhelming for members at first. Guests on the other hand may have less difficulty, so it is probably best to get a feel for it as a guest first. If you want to jump right and a be a member, I will be more than glad to walk you through the process.

Ok. This section is composed of a dashboard, list of members, blogs, games, groups, a forum, photos, videos, links, and events. Wow! That is a lot of stuff. Well, there is more believe it or not. It also has a mailbox, a chat box, profile section, and language selection.

The things that are for members only are the groups. That may change in the near future though depending on how the site works out. Users can set up an account normally or they can do it through Facebook connect.

Once a member, you can participate in the leaderboards and earn free credits just for keeps only. Credits can be used for getting pictures though if you so desire to spend them. They are not really used for anything else at the moment. At present, credits can not be bought and are earned only.

If you so desire to play a game solo or with another member, I would recommend going to other games. If you like to go the random stranger route, then playing the token games would be a perfect choice.

The difference between the token games and the other games is the token games will have you spending money out of your pocket to keep playing while most of the mochi games are free for continuous playing. A few of the mochi games do require money though. Remember, none of the money you spend on those games go to me and clicking on the ads gives me nothing either – at least not that I am aware of.

My Crappy Source of Income

The source of income I have is via amazon mechanical turk (which pays me very little by the way – the amount of pay for working in China or less) and products I review on the front end pages and posts of which I get nothing if nobody buys anything. If nobody buys anything, then I pretty much make money from mechanical turk as a contractor with a pay ranging from 6 cents to 60 cents per day. If I worked 12 hours on it and picked up the pace, I could make $7 per day. That is 12 hours for minimum wage that someone in America could get in one hour at Pizza Hut. I mean it is better than nothing, but still it is only enough to maybe eat bread and water and nothing else.

I mean owning a website does seem to give a greater payout (even though small) compared to not being a master at mechanical turk. Yes, I did try the transcriptionist route and I scored an 83 which is below the requirement which is like 95 or 100. I apologize for not being a robot and obtaining 100% perfection. Ya, there went my $10 to $20 jobs down the toilet.

I would say mechanical turk is good for people who want some odd jobs on the side while working a full-time job outside of it. I am sure it has potential to be a full-time job or part-time job, but mostly for outstanding transcriptionists or people who have been using it for quite some time and have reached that 5,000 tasks mark.

Sorry, probably not leaving a good impression on viewers. I am just being real is all.

I have also supplied a video, so feel free to check it out.

If you need any assistance or have any comments, please a reply int he comment section below or send me a message on google plus. Better yet, just contact me on my back-end page of which would be a lot quicker response.